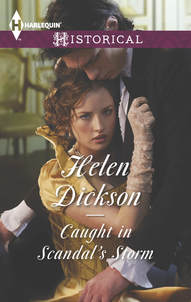 Ewen Tremain is the younger brother of Simon Tremain, the hero of A Traitor's Touch, who, as a fugitive, was forced to flee Scotland after the Battle of Culloden. Caught in Scandal's Storm picks up twenty years after the battle.

After eight years as a slave in  North Africa, Ewen Tremain returns to civilisation to forge a new life for himself, but he is haunted by the betrayal of a beautiful woman and the terrible suffering he endured at the hands of his captors. Only when he meets Alice Frobisher does he begin to feel that happiness is within his reach. But Alice, who is trying to come to terms with a disastrous betrothal which forced her to leave Paris to avoid further scandal, has issues of her own to deal with.

Both Ewen and Alice are beset with emotional conflicts that must be dealt with before they can emerge victorious in the battle for their love. 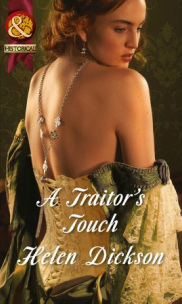 After a lifetime spent hating the cause, loving a Jacobite is out of the question for Henrietta Brody. But with Scotland ready for battle, her only chance for survival is to journey with her enemy, the dangerously handsome Lord Simon Tremain.


His protection awakens a forbidden desire in Henrietta. But torn between her past and her future, the Jacobite and the man, reason and passion, she must fight to resist this traitor's touch. 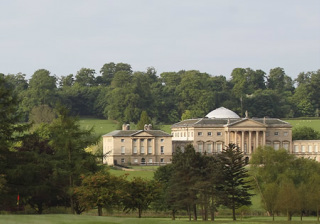 Castonbury Park - For lovers of Upstairs Downstairs and Downton Abbey.

CASTONBURY PARK is set in the Regency period and is a series of eight books written by eight authors. My book is number two in the series. I thoroughly enjoyed working on the project. 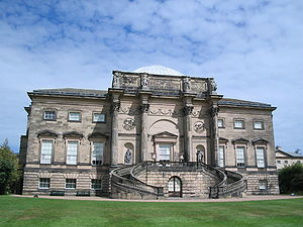 SHORT GIVEAWAY - The Montagues' attitude to family is possessive and protective. They are a warrior clan defending what is theirs at all costs, their instinct being to hold on to what they have won. In the past, guests invited to Castonbury Park to partake of the Montagues' hospitality were open-mouthed at the liberality and display and fantastic wealth. Suddenly, with the death of one of the sons at Waterloo, another son, the heir, missing presumed dead in Spain and the arrival of a mystery woman with a child claiming to be the heir's widow and the child the heir to Castonbury Park - and the family finances in ruin, it is in danger of disappearing. This creates an inheritance issue which threatens the Montague dynasty.

The series has passion and intrigue. It is exciting, sensuous and sumptuously naughty. It has the lot.
Read it.
Allow yourself to be seduced by CASTONBURY PARK - the perfect treat for fans of the Regency.

THE HOUSEMAID'S SCANDALOUS SECRET - MY BOOK 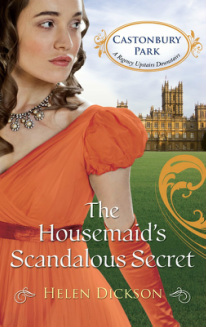 Ross Montague is a colonel in the East India Army. Raised at Castonbury Park in Derbyshire with his cousins the Montague children, he has come to look on the six siblings as his brothers and sisters. Ross is no celibate, but two things obsess him - India and the East India company. On receiving a letter informing him that one of his cousins has been killed at Waterloo and another - the Montague heir, listed as missing - and the Montague family in dire financial straits, bound by the ties of present and future relationship to the house of Montague, Ross has returned to England.

Having spent all her life in India, Lisette's parents have died of cholera and she is forced to return to England to earn her keep, but her heart remains in India. Before leaving India Ross saves Lisette from drowning. Because she is disguised as a native girl, he believes that is what she is.

In London Ross again meets Lisette. Although she is familiar to him he cannot remember where he has seen her before. Intrigued and attracted by her, when he learns she is to lose her position as lady's maid, he persuades his sister to take her on. Lisette engages his emotions at some deeper level, but Lisette is constantly reminded of her lowly position in life and that men of Ross Montague's ilk are not for the likes of her. To protect herself from his passions - and her own, she is determined to stay out of his way, and yet there is a bond between them which tugs at her heart.
.
The Continuity piece:  The family traumas and some of the characters that appear in the other books will be present.